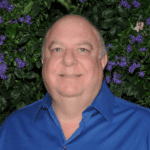 Alan Epstein received his bachelors degree from Wesleyan University and his MD/PhD degrees from Stanford University School of Medicine. His research focuses on various aspects of tumor biology but most recently, on the development of reagents for the immunotherapy of cancer. In addition, his laboratory is involved in elucidating the host/tumor interaction including the induction and function of suppressor cell populations and methods to reverse their activity in cancer. Over a 34 year career, he has developed several antibodies for the treatment of cancer including Lym-1 for lymphoma therapy and Tumor Necrosis Antibodies that target necrosis in cancer lesions. In addition, he has generated a number of diagnostic antibodies including a human myeloid derived suppressor cell clinical assay for the diagnosis and monitoring of cancer patients. His latest research interests are in the area of genetically engineered T cells for the treatment of solid tumors in patients. He has founded three biotechnology companies and has acted as a consultant to the industry in his field of expertise. Dr. Epstein has over 180 peer reviewed publications and 30 patents on reagents and methods for cancer immunotherapy.