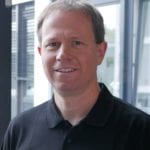 Carsten Watzl studied Biology in Heidelberg, Germany, and obtained his PhD at the German Cancer Research Center. After a Postdoc at the NIH (USA) he returned to Germany where he became a group leader at the Institute for Immunology in Heidelberg. Since 2011 he is a scientific director and head of the department of Immunology at the Leibniz Research Center in Dortmund, Germany.

Insights into the Cytotoxic Mechanisms of NK Cells During Serial Killing 1:30 pm