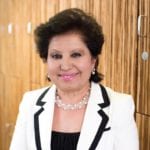 Dr. Jewett is Professor and Director of tumor immunology laboratory in the Division of Oral Biology and Medicine, and Weintraub Center for reconstructive biotechnology at the UCLA School of Medicine and Dentistry. She has membership in Johnsson Comprehensive Cancer Center (JCCC) and is a member of UCLA Tumor Immunology subgroup. She is well-known nationally and internationally for her contribution to the field of NK biology, tumor immunology and cancer immunotherapy. She has received a large number of honors and awards and holds memberships in many professional organizations and societies. She has chaired a number of important senate and non-senate committees at UCLA and University of California Regents, and has been instrumental in shaping the graduate studies for the health professionals at UCLA. She chairs and teaches several graduate level courses, and her laboratory is sought out by many foreign and domestic scholars who spend several years to receive training in NK studies. She serves on the editorial board of many prestigious journals, and has been a reviewer on the board of National Institute of Health study sections. She holds several patents, and has given more than 200 invited lectures and presentations nationally and internationally and has published more than 100 high impact journal articles, reviews, commentaries and book chapters in the field of cancer. She has research collaborations with investigators from China, Slovenia, Mexico, Poland, Germany, Thailand, Japan, Portugal, South Korea and Sweden. She has organized a number of conferences on cancer immunity nationally and internationally. She has trained more than 150 graduate students and health professionals in her laboratory, many of whom are leaders in their respective institutions. She has served on review panels for grants from many countries including England, France, the Netherlands, Qatar, Poland and Israel to name a few. She has received several NIH grant funding as well as from other sources for her studies.

One of Dr. Jewett’s major contributions to science and NK cell biology was the identification, characterization and the establishment of the concept of split anergy in NK cells. Equally important was Dr. Jewett’s discovery demonstrating that NK cells were important for the elimination, selection and differentiation of cancer stem cells as well as healthy stem cells. Most recently she has identified, characterized, and patented a novel technology to expand large numbers of super-charged NK cells which are in use in clinical trials of cancer patients. In addition, she has developed a formulation with probiotic bacteria to prevent and treat cancer patients in combination with super-charged NK cells.

• Covering differential roles of Dendritic cells and Osteoclasts in expansion of T cells and NK cells respectively • Outlining mechanisms governing decreased expansion of super-charged NK cells from cancer patients • Discussing mechanisms underlying the inability of patients’ NK cells to be super-charged, forming the basis for the selection of allogeneic vs. autologous NK…Read more